PixelMap (2016) is often considered an NFT "relic" or "antique", due to being one of the oldest NFTs in existence. The original "billboard-style" NFT, PixelMap is also known for being one of the first to store image data directly on-chain, as well as the second oldest NFT ever created. It provides the ability to create, display, and update artwork on a "pixel map" with all historical data immortalized on the Blockchain...

Well, and an entire game is being built around it as well, so it's a bit more than that now :). To give you an idea of what we're going for, picture the gameplay of Animal Crossing (except with a bit more of an MMO feel), mixed with the old school look of classic 16bit gaming (think Zelda: A Link to the Past). The value of PixelMap though is definitely 100% it's history. 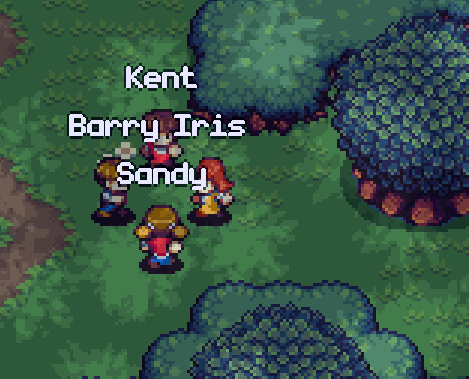 How do I buy a PixelMap tile?

By far the easiest (and cheapest) way is to buy the cheapest tile available on OpenSea. You can always update the image on a tile that you own (but ALL previous versions are also permanently stored on-chain!) We've found that tiles with images, on edges, corners, special numbers, interesting history, or groups of tiles all tend to sell for a bit more. 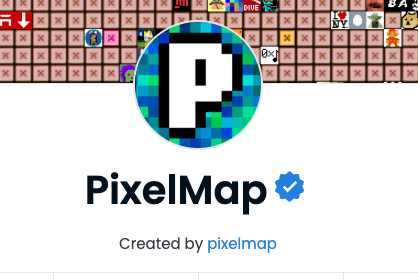 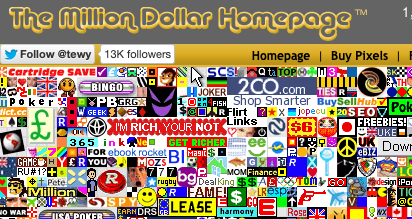 The The Million Dollar Homepage consists of a 1000x1000 pixel grid, with a total of 1,000,000 pixels, sold for $1 each. Because the pixels themselves were too small to be seen individually, Alex sold them in 10x10 squares for $100 each. Advertisers would then provide him with an image to display on the square, as well as a URL. Notably, the tiles themselves could only be updated by Alex, as the page itself was static (invented roughly four years before Bitcoin had even launched).

PixelMap on "This American Life"?

During the rediscovery of PixelMap in August 2021, Ken reached out to Ira Glass of This American Life to blow the lid on a big conspiracy surrounding PixelMap. It's definitely worth a listen, and if you're here from the TAL episode, welcome to PixelMap! Getting to talk to Ira was definitely one of the coolest things I've ever gotten to do (Ken).

However, unlike The Million Dollar Homepage, every tile is controlled by a contract on the Ethereum Blockchain, lending the following benefits.

Yes, and it's a very interesting story! In 2015, Etheria, the first NFT was created by Cyrus Adkisson. 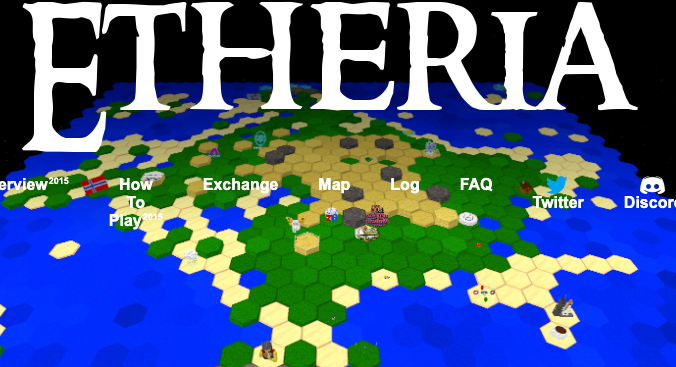 Cyrus would then go on to publish some of the earliest solidity (the programming language for Ethereum) tutorials to Github.

Flashing a bit forward to 2016, I (Ken) learned how to write solidity by seeing how the code that Cyrus had published worked. In November, I created what would become known as PixelMap. Like Cyrus, I also chose to "Open Source" all of my code directly on Github for others to learn from. (Original PixelMap Contract) 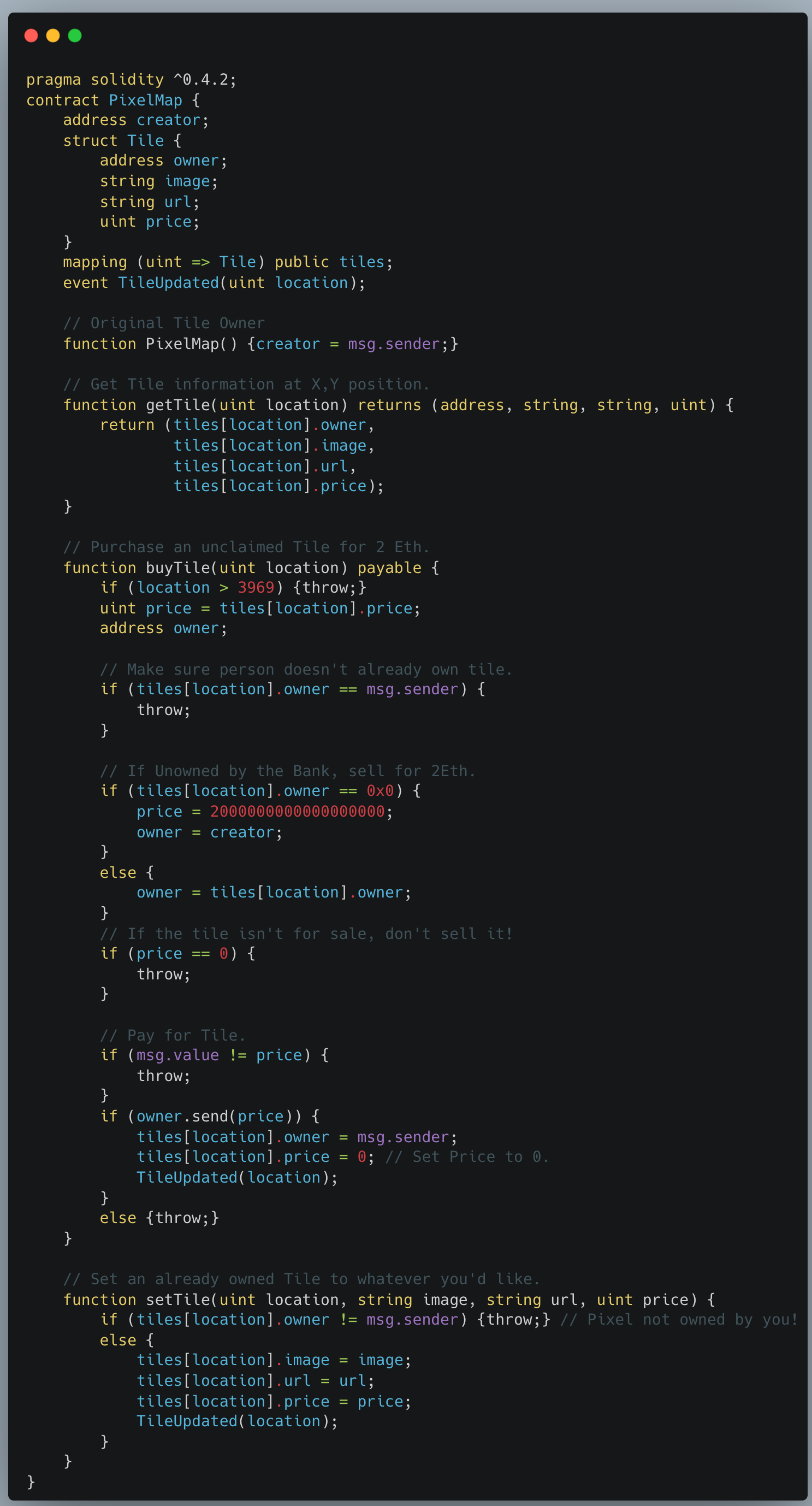 Ben wasn't kidding. He quickly created what is arguably one of the earliest metaverses, a world known as Fontus 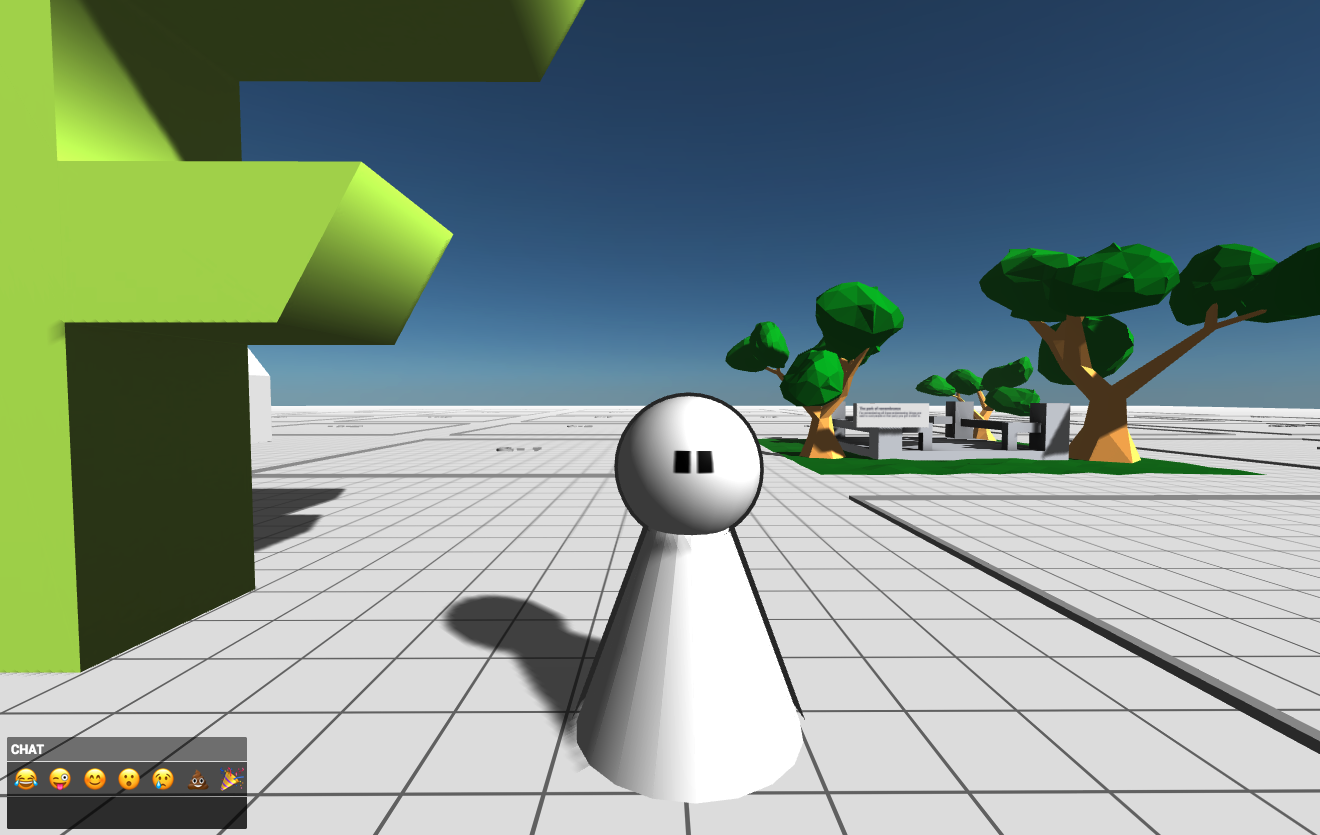 Shortly after (late 2017), Ben (and the assets of Fontus) were acquired by an Argentinean company, to help build out what is now known as Decentraland.

Funnily enough, it all came around full circle in early 2022. Cyrus (of Etheria) connected PixelMap with Matty (of DCL Blogger fame), MoonCat Rescue, and Curio Cards, to release a set of Decentraland Wearables from Metakey. 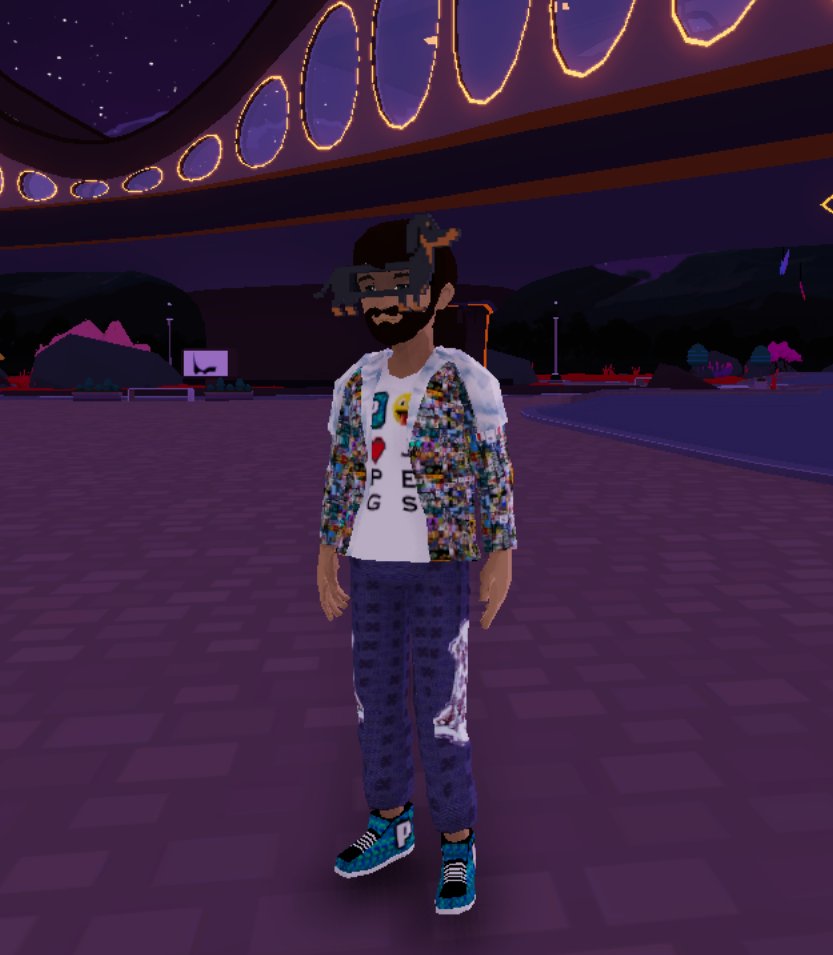 What was the "rediscovery"?

When PixelMap launched, much like a few other early projects, it was a bit too early before the concept of "NFTs" had taken off. Maybe 30-40 tiles were sold between the end of 2016 and 2017. The webserver crashed at some point in 2018, eventually shut down entirely at the end of 2018. Between 2018 and August 21, 2021, nearly all traces of PixelMap disappeared from the Internet, except for the data stored on-chain.

On August 22, 2021, Adam McBride, an "NFT Archaeologist" as he's best described, reached out to myself (Ken Erwin), asking if I had created PixelMap. That was the beginning of the "rediscovery", leading to a massive amount of attention in a few hours, no sleep for 50+ hours, an ERC-721 wrapper to make PixelMap easier to use, and a revival of the website. More information about the rediscovery can be found on Adam's Blog.